This is the third season of the Higurashi franchise and unlike the previous two seasons it takes on a much light hearted tone. There are more fan service moments and general comedy that is not often seen in the main story so is really something that caters to the fans. Sandwiched between the filler though is a more serious story that centres on Rika and her making a key decision. All in all it is a fairly enjoyable ride but nothing too groundbreaking.

Whey They Cry: Rei also known as Higurashi no Naku Koro ni Rei is a supernatural/thriller with a dose of comedy. The third Rei season was an Original Video Animation (OVA) that was released between 25th February 2009 and 21st August 2009. There are two sequels to Rei which are the Gou and Sotsu seasons.

This being a short five-episode ova series means the story covered is a short one. Technically you could say it is one short story but it is easier to break this down into three parts because the feel for the opening and ending episodes of Rei is quite different to the more serious middle part.

The opening episode is what I would consider more of a filler/comedy episode that shows how Rika Furude and her gang would have behaved if there was no Oyashiro curse hanging over their shoulders. It is actually pretty amusing and if you like fanservice then this is definitely up your alley as you get to see all the cast we have become familiar with in swimsuits! Whoop whoop! 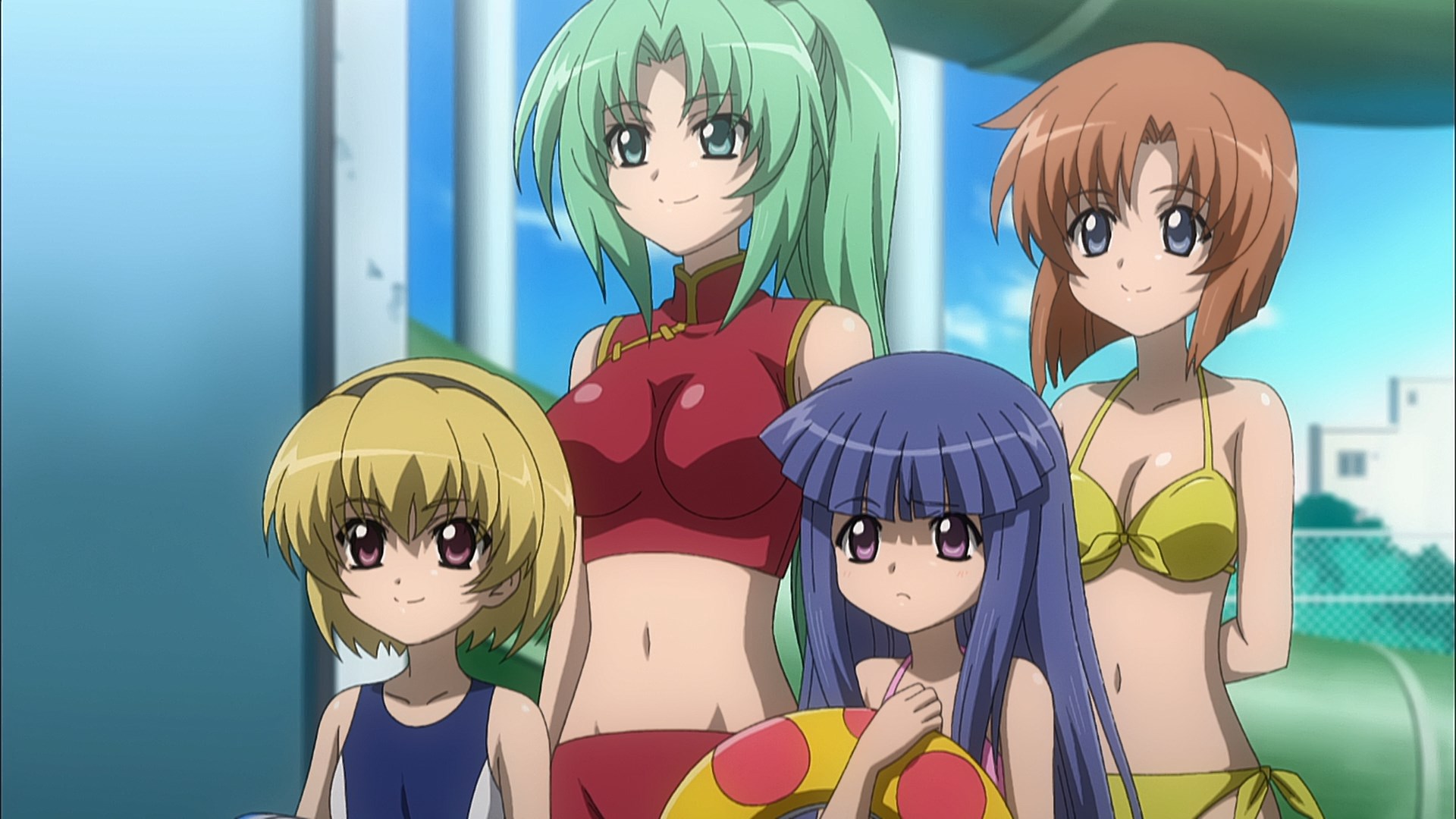 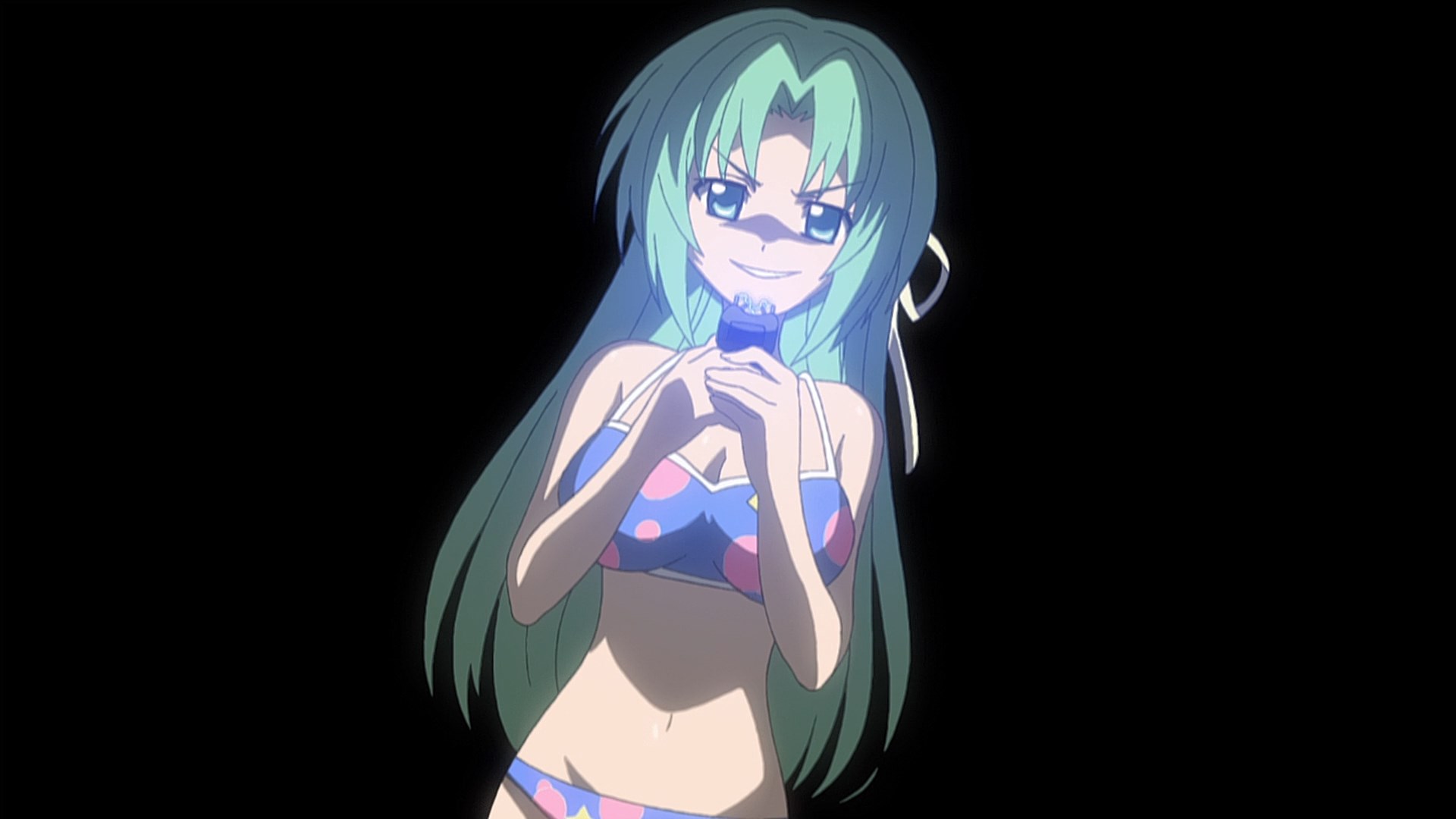 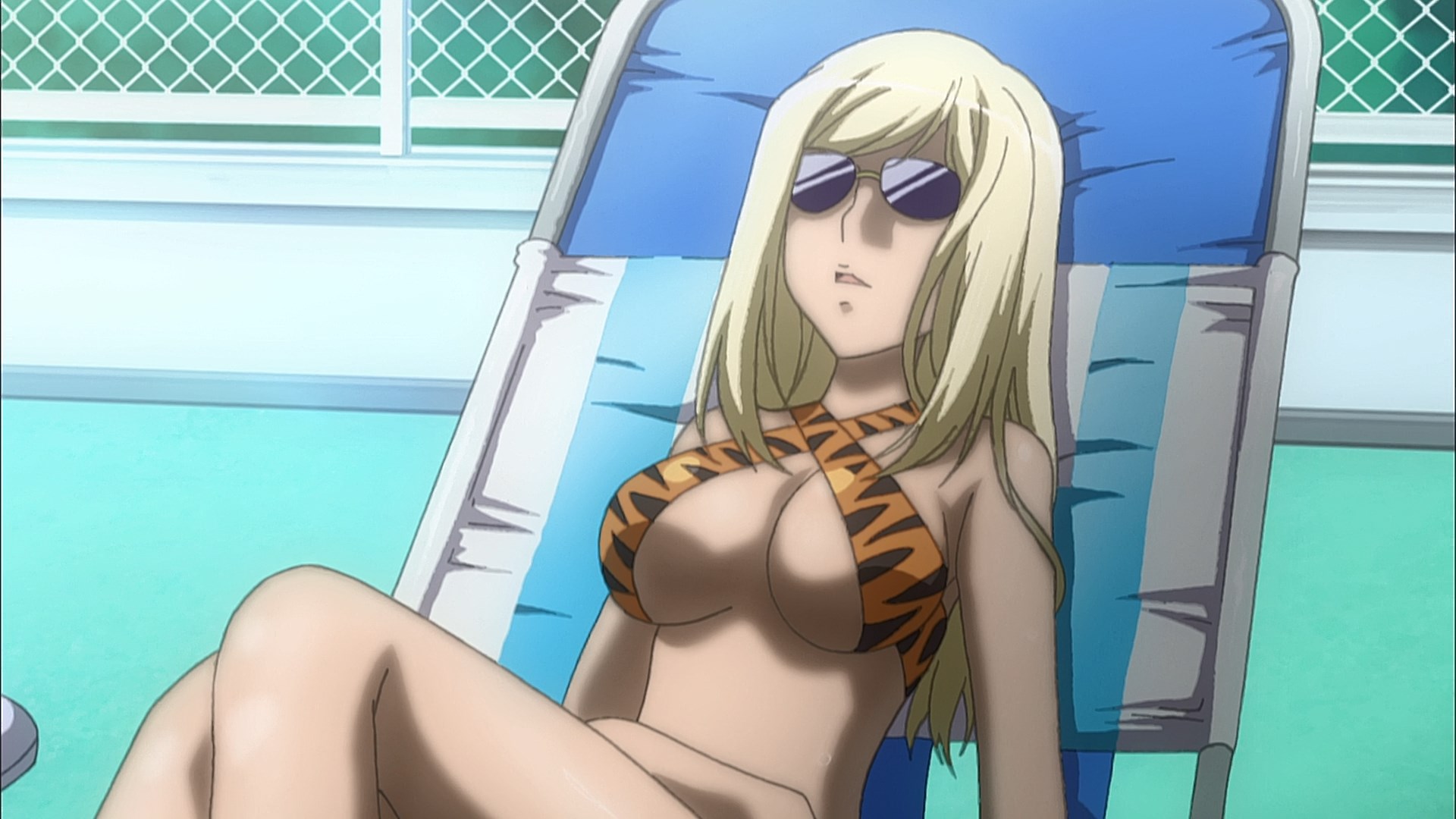 Things take a more serious turn in the second episode however and this is when we get to the meat of the OVA. In this section of the series Rika is transported to another world unlike all the other places she has visited. In this world things are similar yet very different. Confused about her surroundings she must make a choice as to what future is the best for herself and everyone. She needs to make the decision, and fast, but the price for picking is irreversible and costly. 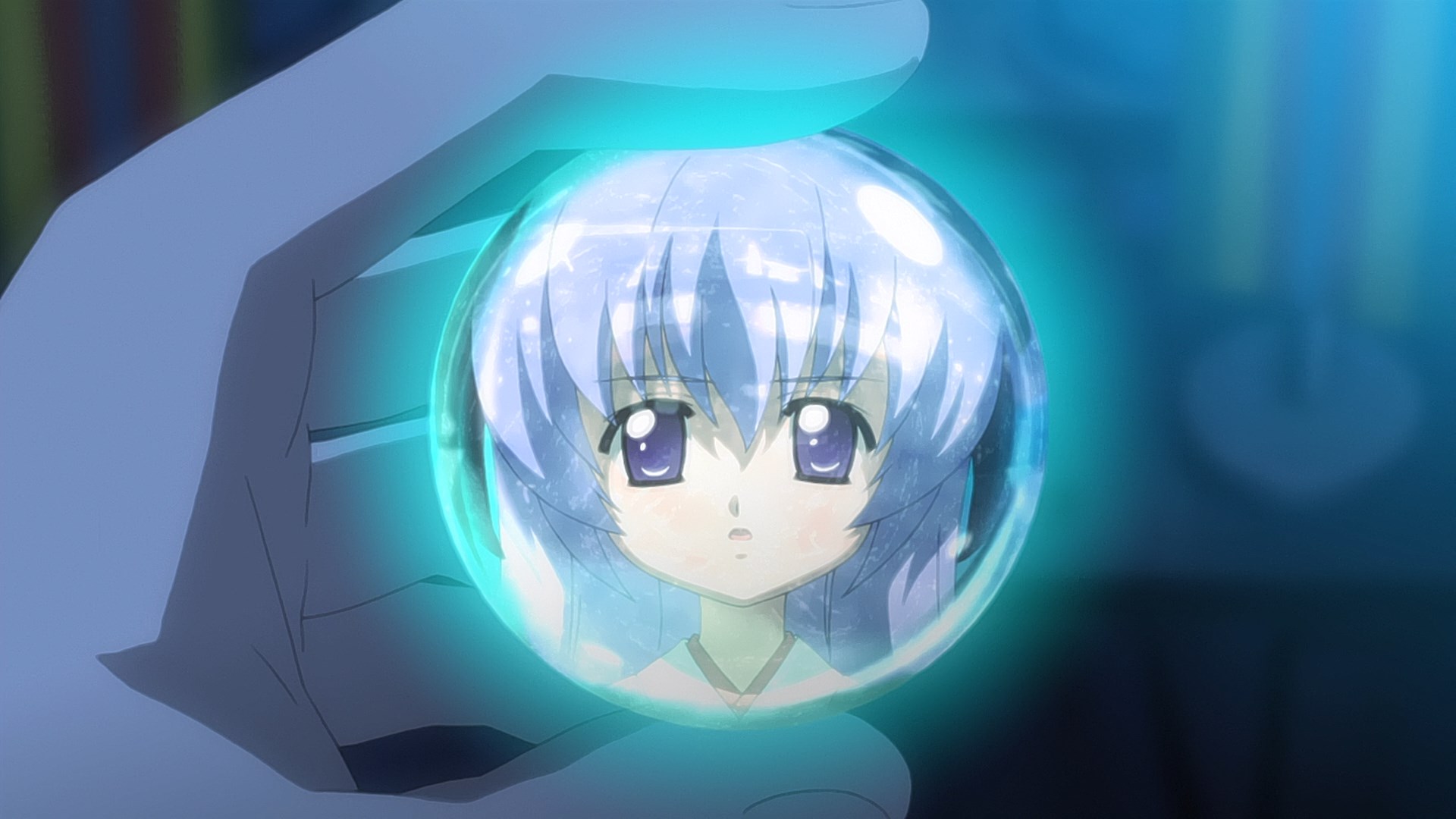 That in essence is the summary of the main storyline and it is an interesting twist on the usual formula. I can say it was nice to see new characters, personalities and relationships but it is nothing truly ground breaking. A mere curiosity as opposed to something Earth shattering. The story is told well enough although the extended monologues could be a point of contention. Also, whilst there is a clear resolution it is debateable whether it was really the right choice. That is a matter of opinion which is actually debated late on in the show.

The final episode again, like the opener, is more comedy driven. Another supernatural event is presented and as usual the genie escapes the bottle. Cue some mayhem and comical scenes that leaves various people bamboozled or frustrated. In more than one sense of the word. It is actually pretty amusing. Nothing serious happens in the final episode and I suspect it was simply added to end the series on a more light hearted tone. I would be very surprised if it has lasting impact on the franchise.

Animation in Rei is stepped up a notch which isn’t surprising considering this is a short OVA series. Higurashi has never been animated as well as this. Unfortunately, I am not sure the same could be said for the openings and endings although they are both serviceable. The opening is "Super Scription of Data" by Shimamiya Eiko and the ending is "Manazashi" by anNina. 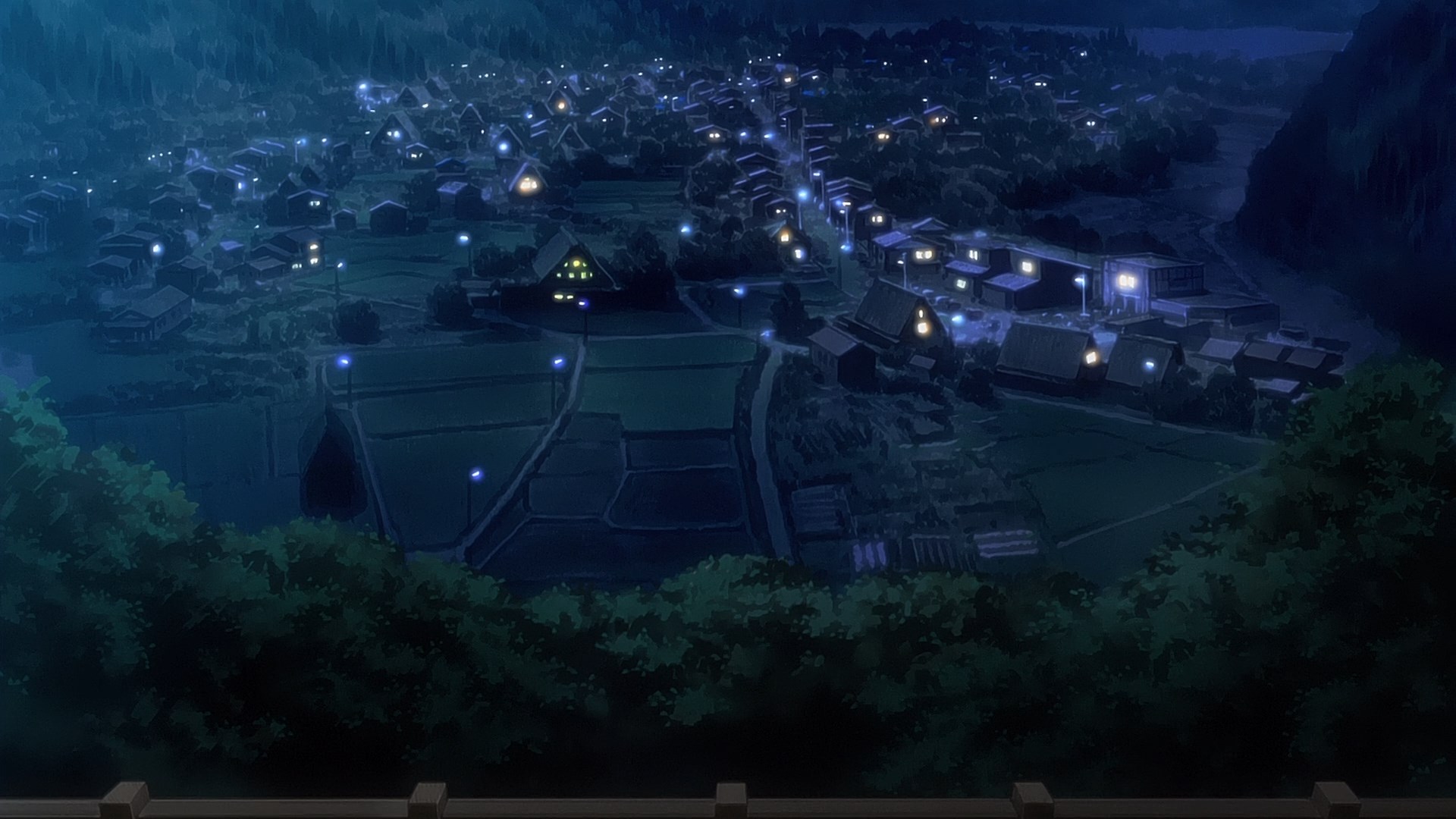 Overall, I feel Rei is a type of season that only hardcore Higurashi supporters would really want to see as whilst the story was pretty decent it doesn’t add a great deal to the franchise. As far as I am concerned the ending that came in Kai is the true ending. In contrast this Rei season felt more like a what if or after story. For newcomers it could be a viable entry point as it does highlight a key dynamic that occurs in the Kai season and there is no heavy jargon to confuse you plus it is short unlike the main seasons which are 26 or 24 episodes long.

Despite the appeal of the short length, I still feel you are better off watching season one as the season opener is considerably better than this OVA. What’s more the comedy elements of Rei will really catch you of guard to the horror and violence that permeates Higurashi.

On the other hand, fans or people who simply itch to see the Higurashi gang in swimsuits then you will probably enjoy this more. If you fall into those two categories then add a point to all my scores.

Story 6 – Good but nothing particularly special. Not a lot is added to the overall plot so this mini-story just amounts to a side tale that doesn’t add much to the Higurashi franchise. If anything, the filler/comedy arcs is more memorable as this is something we never saw much of in the main series.

Characters 5 – What you see is what you get. There is no real character development and it is as you were. The only exception is we get a little more information on the backstory for Hanyuu which was nice but is it really worth watching OVA for that?

Animation 7 – Higurashi has never been animated this well. Not only is the standard higher but it is more consistent and we don’t see any noticeable drops. In this area this OVA shines better. It should also be noted that an even higher standard is maintained for the key fanservice moments! XD

Overall 6 – Short, sweet but nothing particularly special. Rei mainly caters for the hardcore Higurashi fan or those who want a little fanserivce. If you want to watch the serious part of the story then best to skip to episodes two to four. The others bits are just filler, granted enjoyable filler but filler all the same.

Check out the gallery for Higurashi no Naku Koro ni Rei by clicking the spoiler tag: -the bee's knees · 35 · From London, England
Confused about the monsta review scores? Then check the scores below!