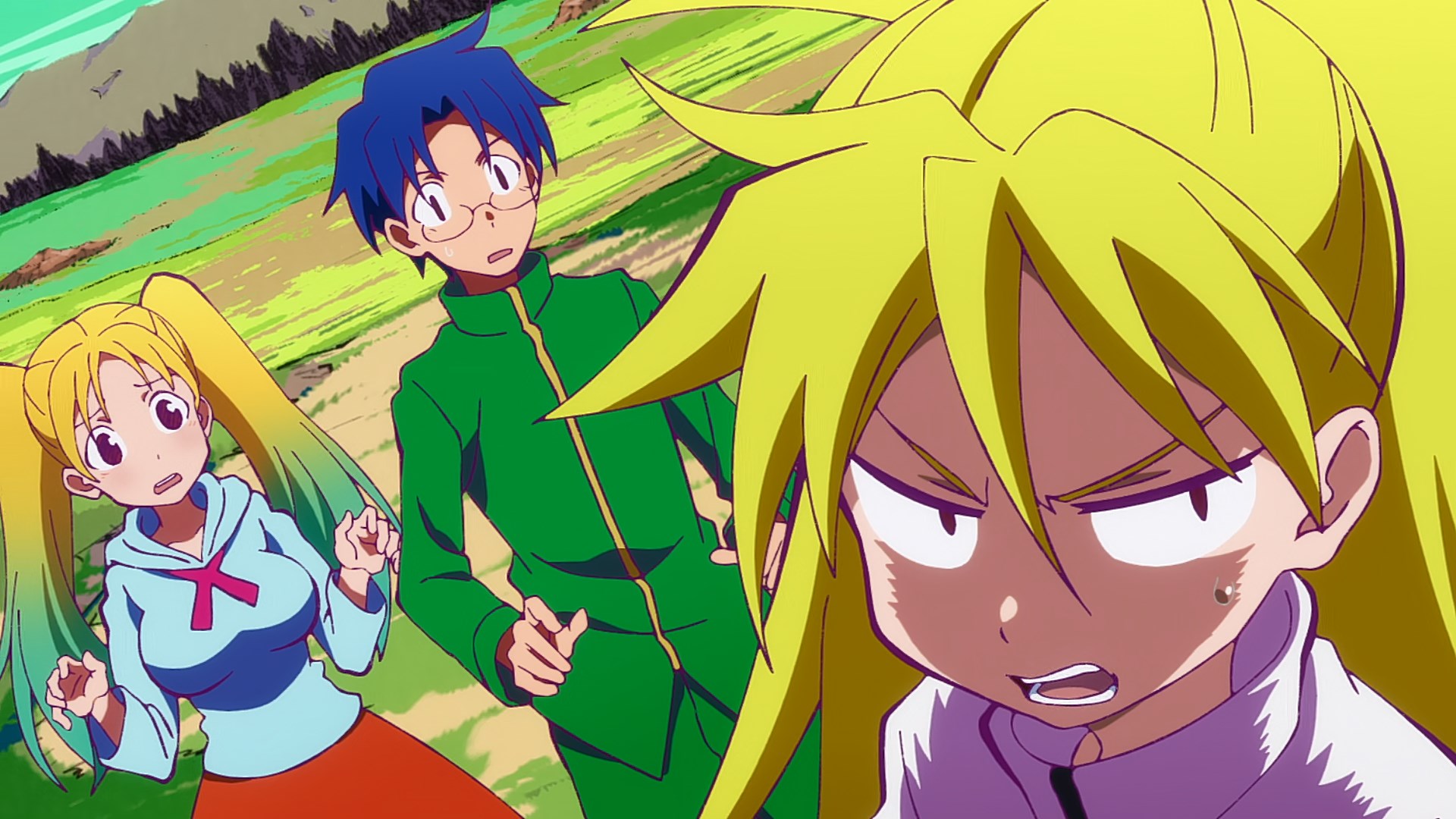 The Idaten Deities Know Only Peace also known as Heion Sedai no Idaten-tachi is an action/fantasy series featuring demons that initially aired in the summer 2021 season. Idaten Deities tells the story of a world with demons and godlike beings called Idaten that fight for supremacy. The backstory for this show is that 800 years ago the human race was on the brink of extinction as they were hunted down by demons. Praying to the gods, the humans got salvation with the summoning of Idaten who struck down the demons and then sealed the remaining survivors in another dimension. The story then pans out to the present where the Idatens of that time only know peace. 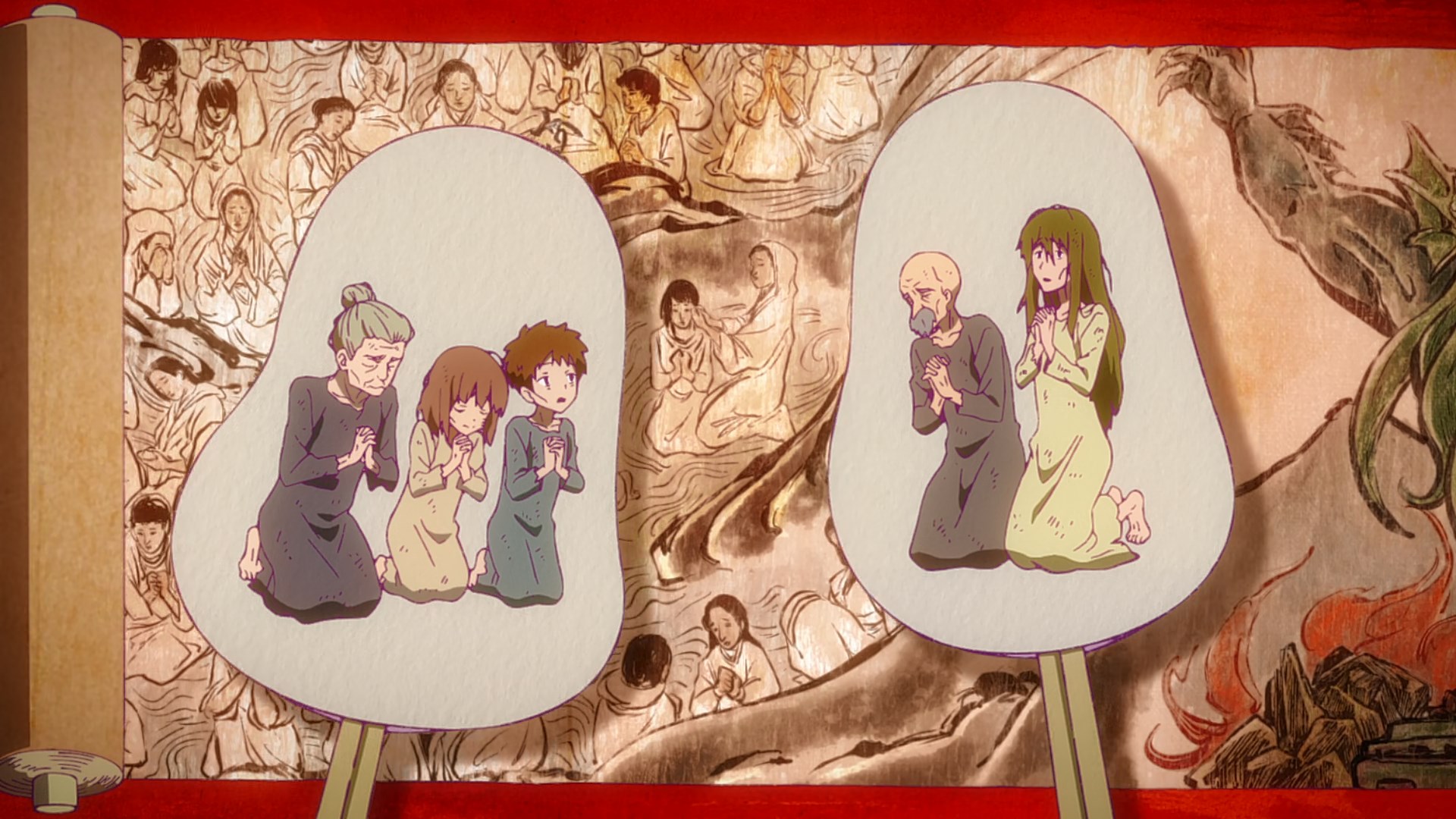 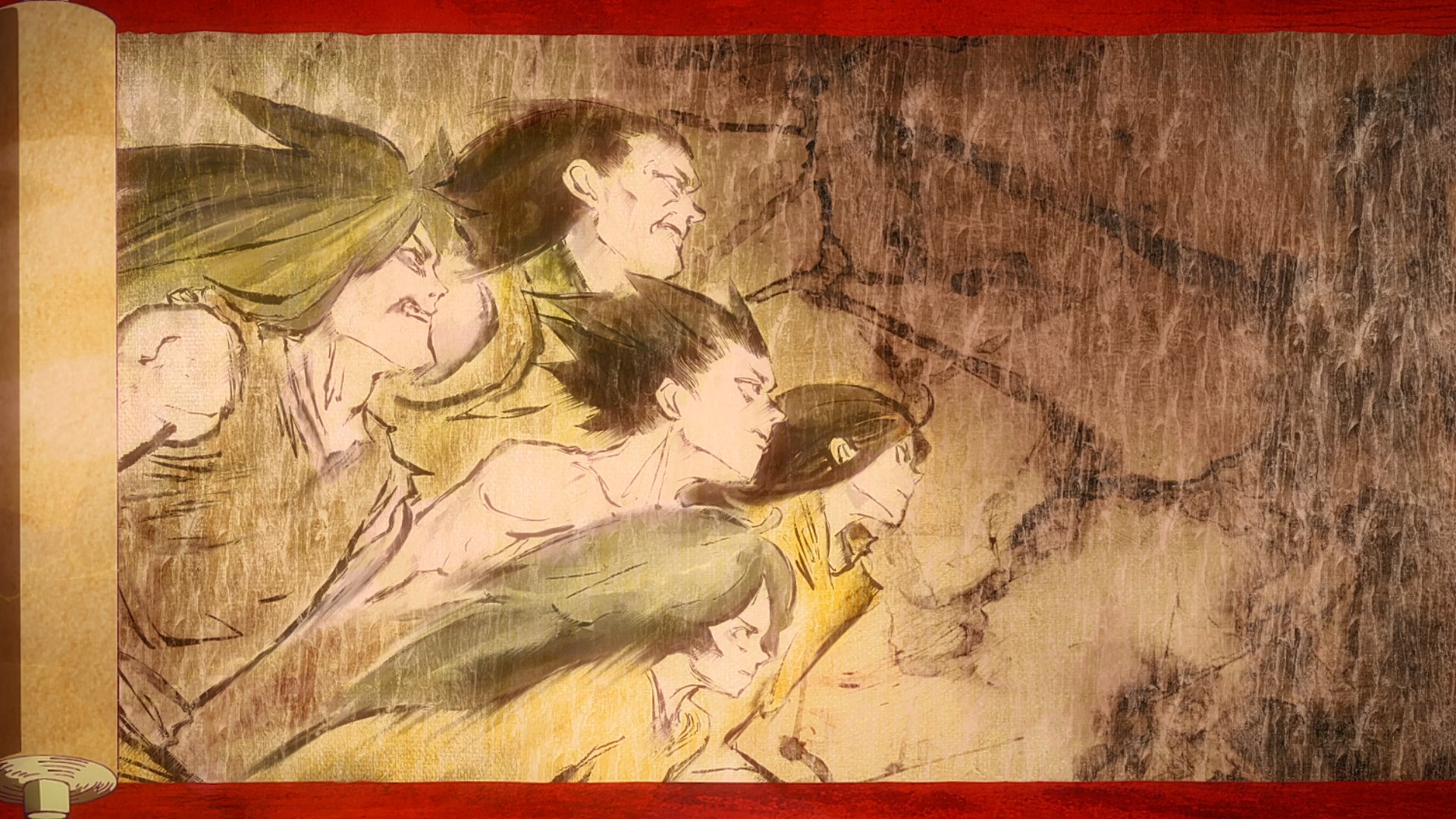 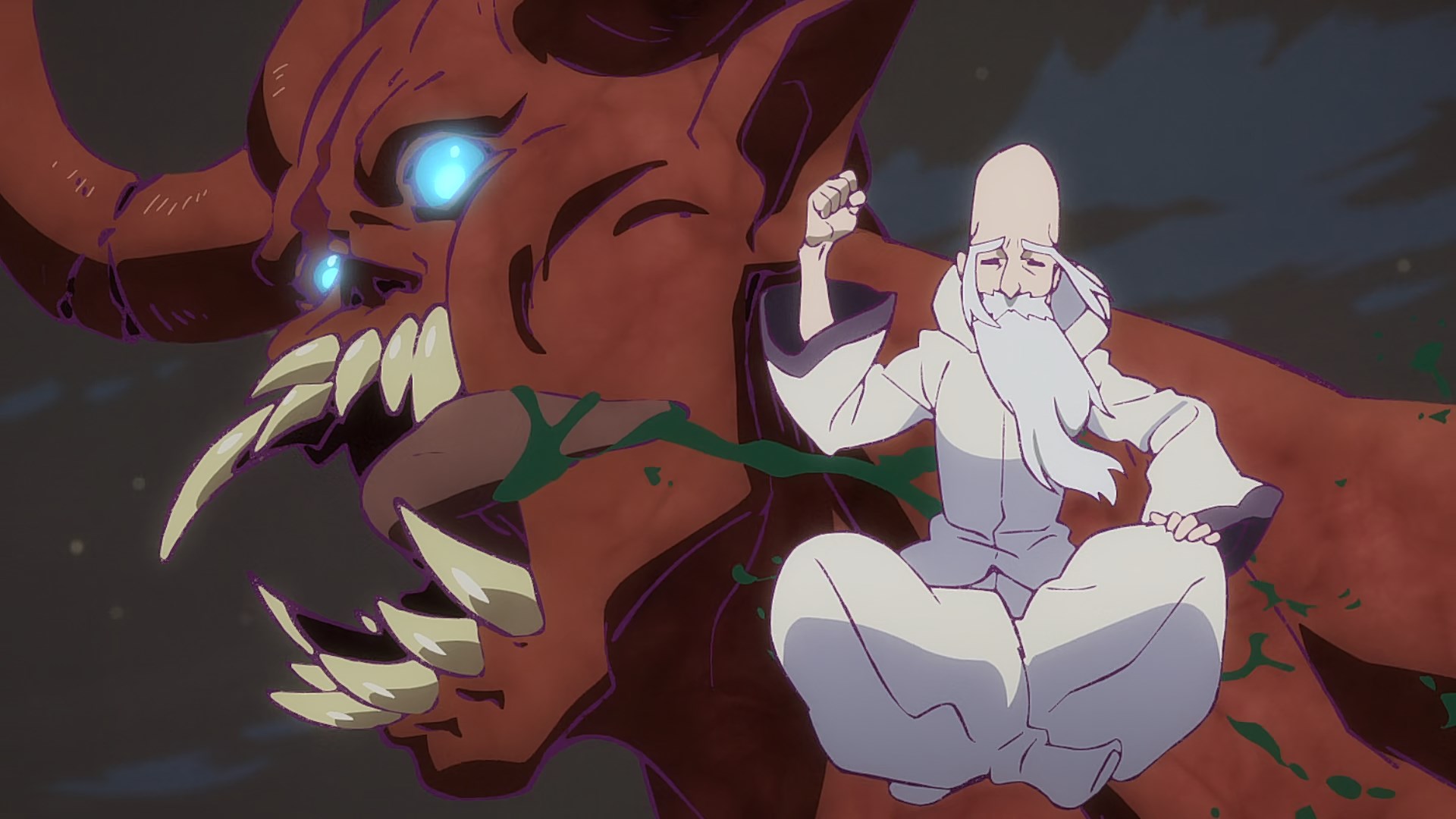 The premise sounds something typical of a shounen series with this being another classic case of the “good” Idaten fighting to maintain peace against the “evil” demons who wish to create chaos. However, that is not the case here as it is quickly made apparent that the Idaten’s are not as good as initially depicted. Meanwhile we also learn that the means and methods of the demons while abhorrent in parts is not entirely without meaning as the demons, like humans, simply wish to live on through their own means. By making the good side less than noble while adding redeeming features for the demons means there is a nuance in this show that is not typical of shounen series as we are challenged with moral grey areas. 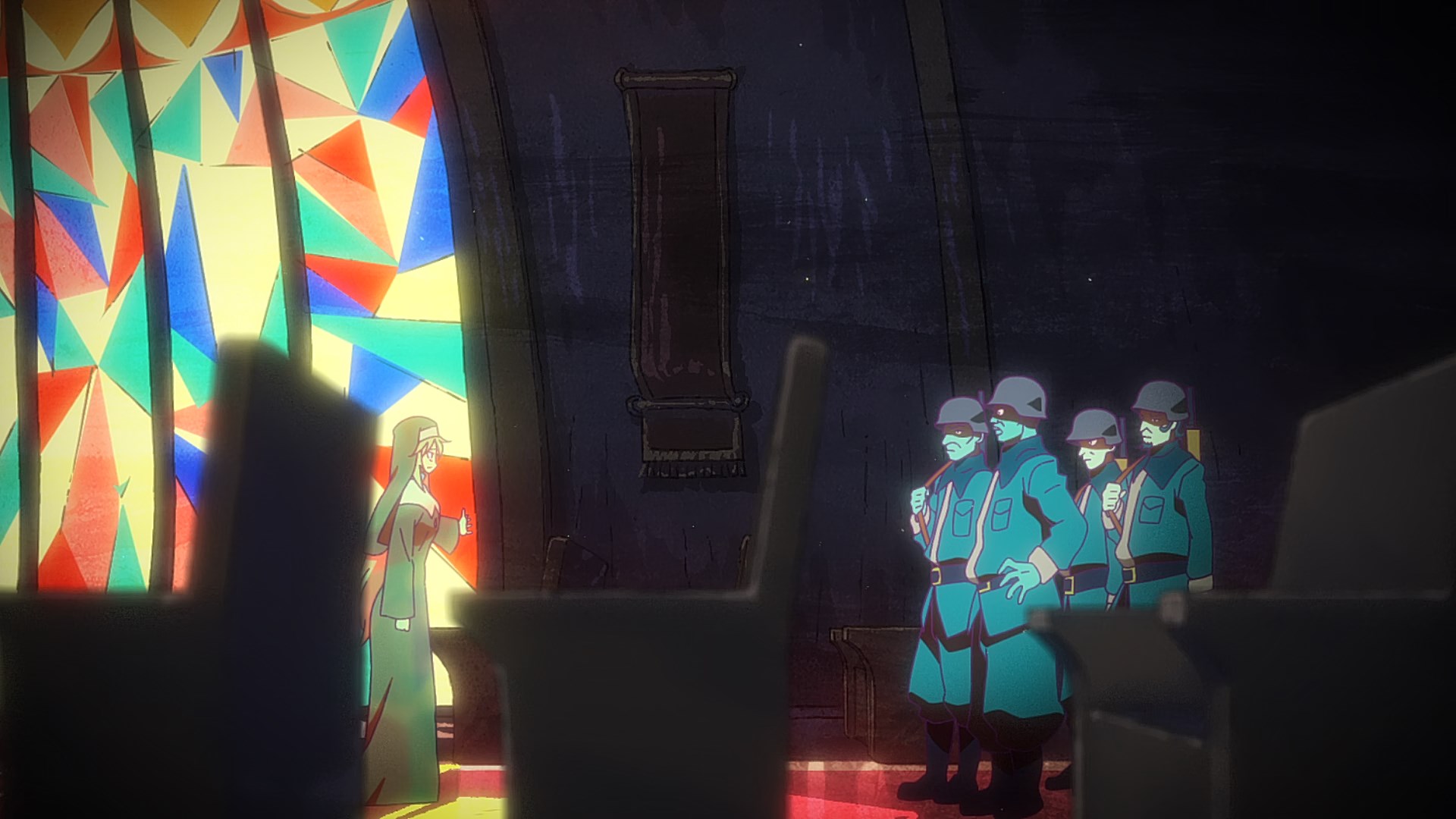 The point that will prove more controversial however is the demons’ relationships with humans. It is established early on that for demons to propagate they need to have sex with humans. It is this sexual relationship and the overall theme of sex in the anime that could turn people off. For example, in the opening episode there was a rape scene that proved controversial in the anime community. Personally, I do not have a problem with the depiction of rape in this instance as the rape occurred in war type setting, which while ultimately pointless, is common in such scenarios. Moreover, this scene clearly depicted the perpetrators as evil it is just that the music used during the scene was not the best choice.

The matters and ethical issues raised from sex go beyond this scene however as while there are no explicit sex scenes in the anime (although there are numerous fanservice moments that extends to people pleasuring themselves) it is implied on numerous occasions that sex, rape and most controversial of all statutory rape is taking place. If you can stomach such content then your opinion of the show will likely be higher but I can see this being a big no no for a large section of the anime community. If you do not want to tackle such matters then I would stop reading this review now but if you are cool with it then read on.

Sexual themes aside what really sticks out for Idaten Deities is the stylised animation style that has a comic like look to it. I really liked this style but what makes the art even more special is the imaginative colour scheme utilised; it is simply a sight to behold! It is the biggest selling point of the anime. I never got tired of it moreover the quality remains high throughout the shows running. This great artwork will prove to be an even bigger boon as this show has numerous fights meaning those scenes can be enjoyed to its fullest. If fight sequences are your thing, then Idaten Deities will be one of the best series in the summer season. In terms of action though it should be noted that after episode seven the number of battles seen goes down considerably due to a change of plot direction.

However as good as animation or action is those two things cannot make the whole show and the biggest issue I had with Idaten Deities was its plot. As stated earlier, the plot is not a simple black and white story; depth and even mystery is added so it clearly has something going for it. However, it never fully captivated me. Beyond that there was not enough suspense as the power dynamic was too lopsided. On top of the power imbalance there was also pacing issues throughout with parts of the story dragging longer than I felt necessary. This only got worse in the final four episodes when the final arc seemed to overstay its welcome in a big way. 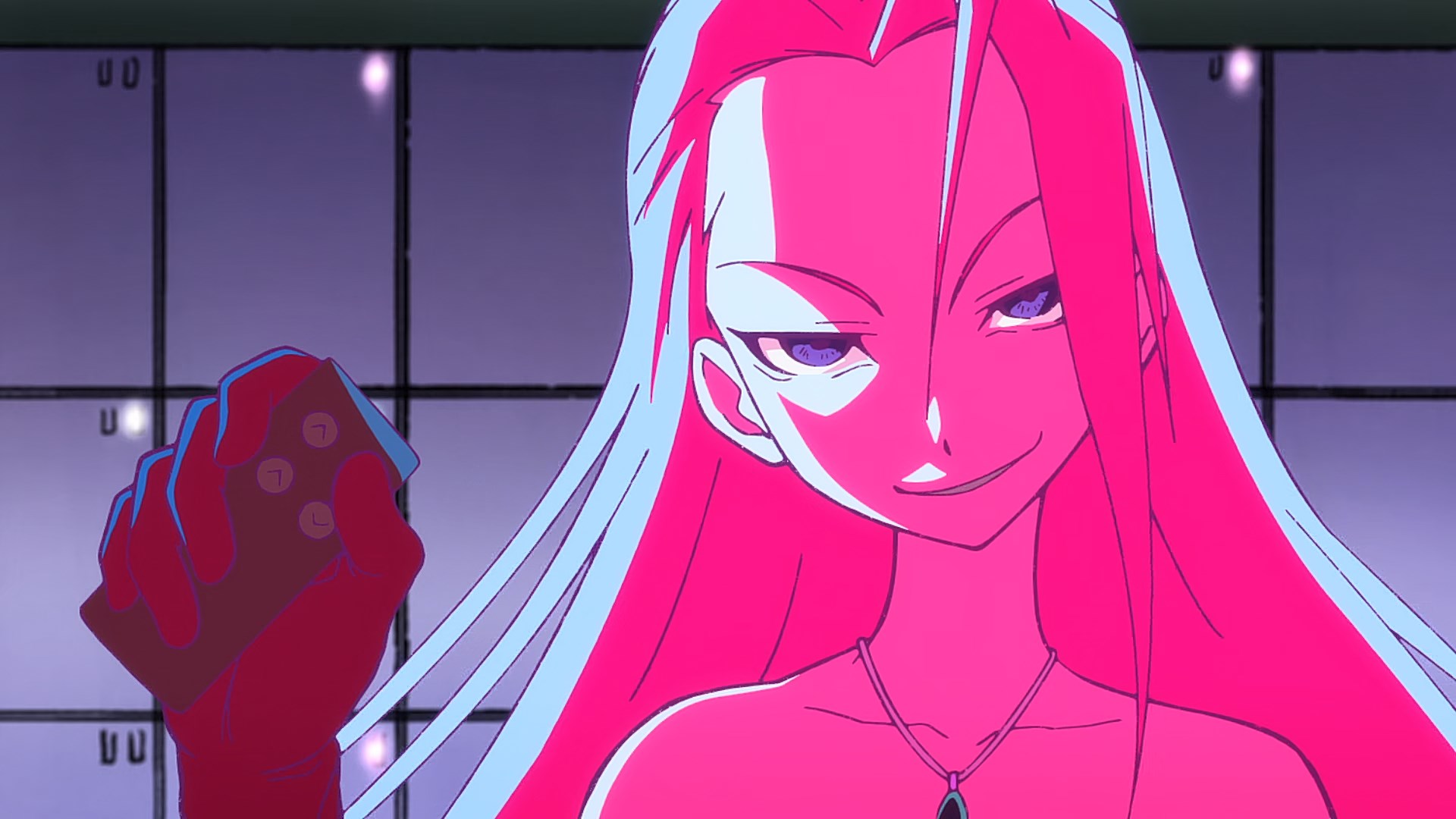 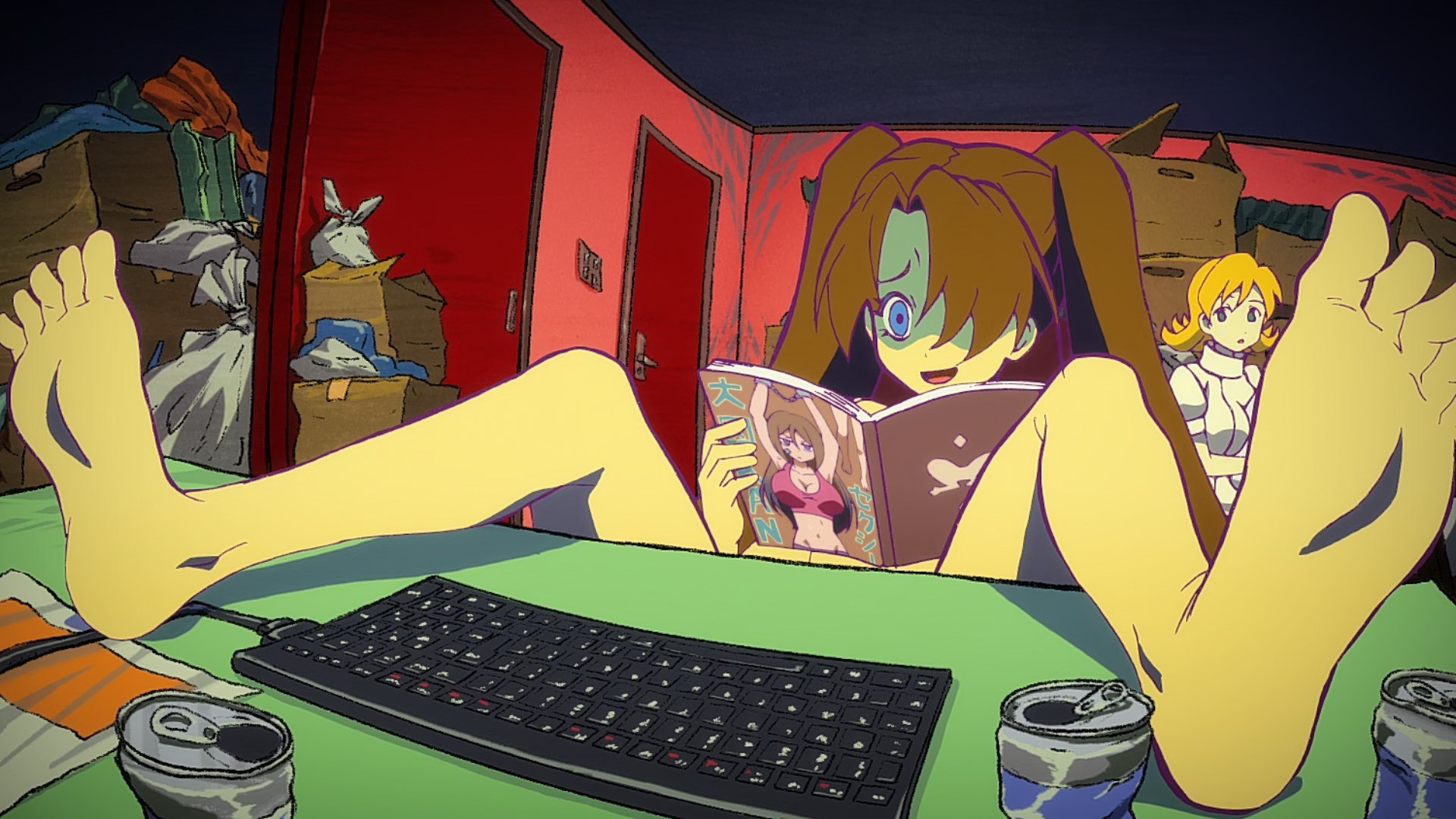 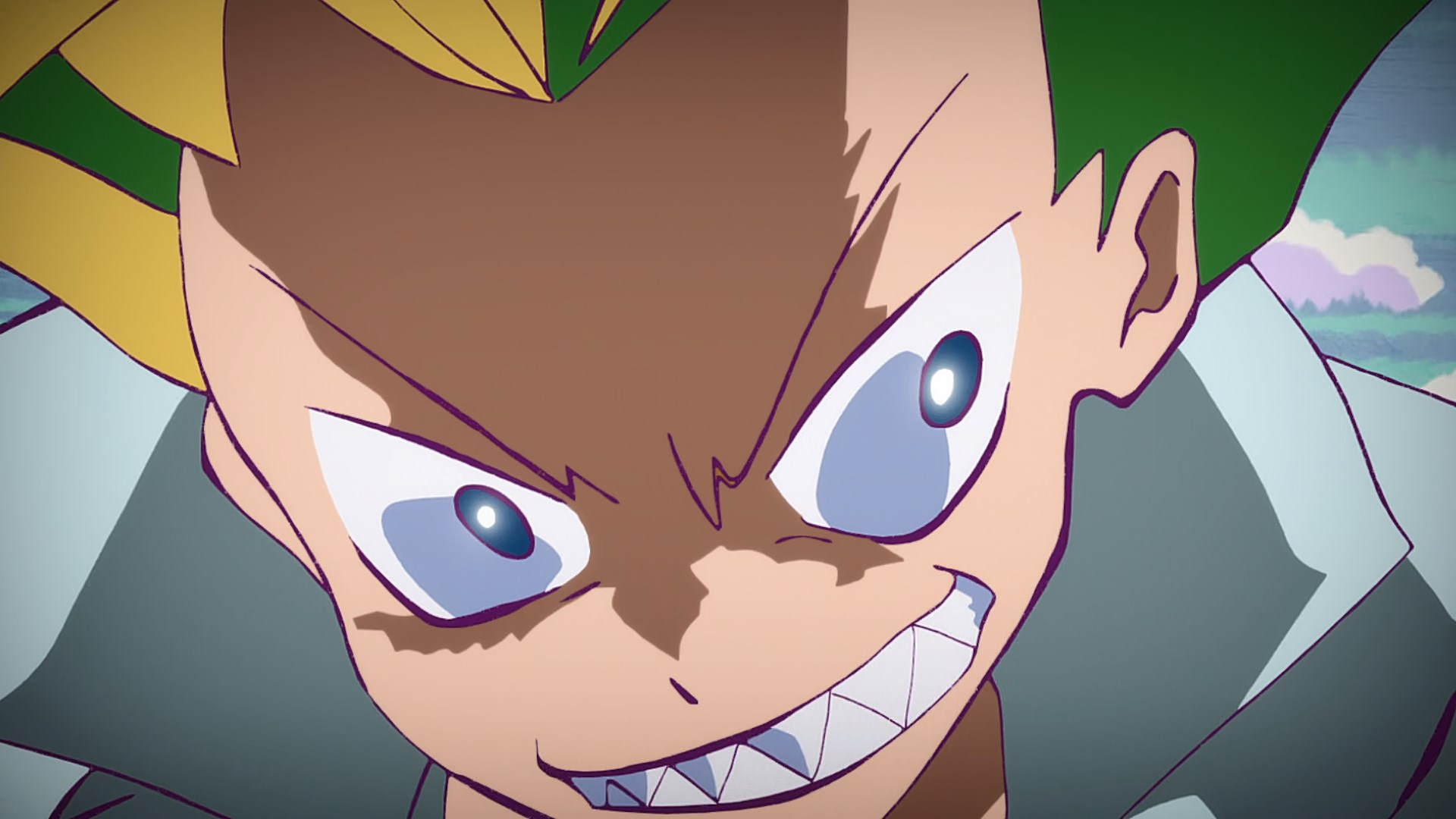 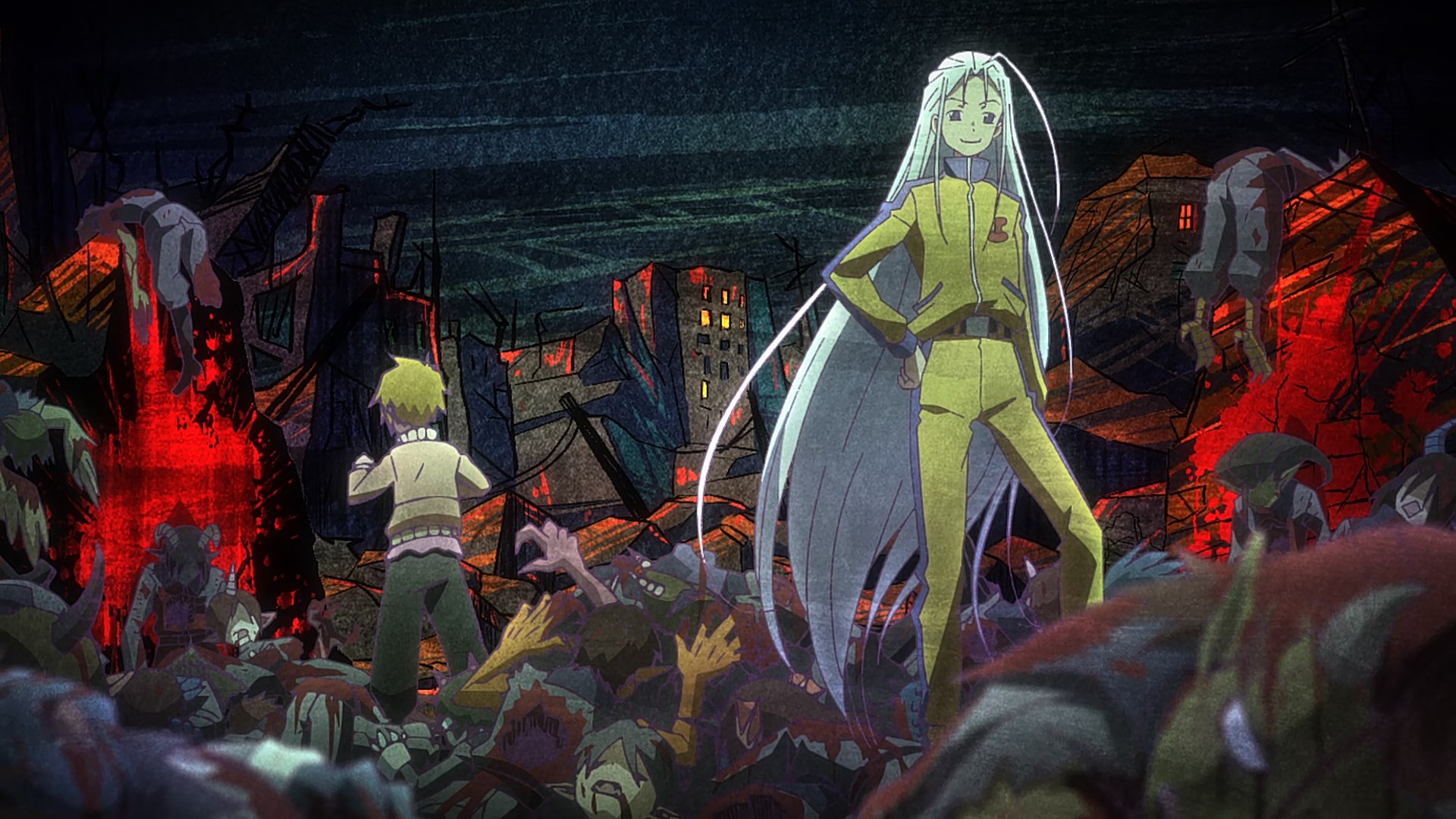 The biggest issue, plot wise, however is its conclusion. Some people will say this show ends on a massive cliff-hanger but to me a cliff-hanger still provides some closure whilst leaving something hanging. In the case of this series however there is no closure. It simply ends. What makes this ending worse is the fact the source material, a web-manga, has been on hiatus since 2016 making the prospect of a season two highly unlikely. If you do decide to watch this series beware that you will get no sense of closure and everything, plot wise, will be left hanging at the conclusion.

Characters in the show are a mixed bag. I initially liked Rin’s tough personality but was disappointed in her lack of development. Hayato is the standard shounen protag but the main highlights in this show would be Ysley and Prontea on the Isadet side. Not only are they smart and calculating but more depth is provided for these two characters making them more interesting than any of the other Idaten characters.

On the demon side Miku is likely to being the favourite character. Not only is she the brains of that side but she is clearly the fanservice character. The girl is wild and very lewd! There is more than one instance when she is seen pleasuring herself so I can see her being a make-or-break character. There are other demons that could strike your interest however with the biggest shout out to going to Oobami and his mysterious past plus Piscalat and Brandy whose personalities are explored in the greatest detail. 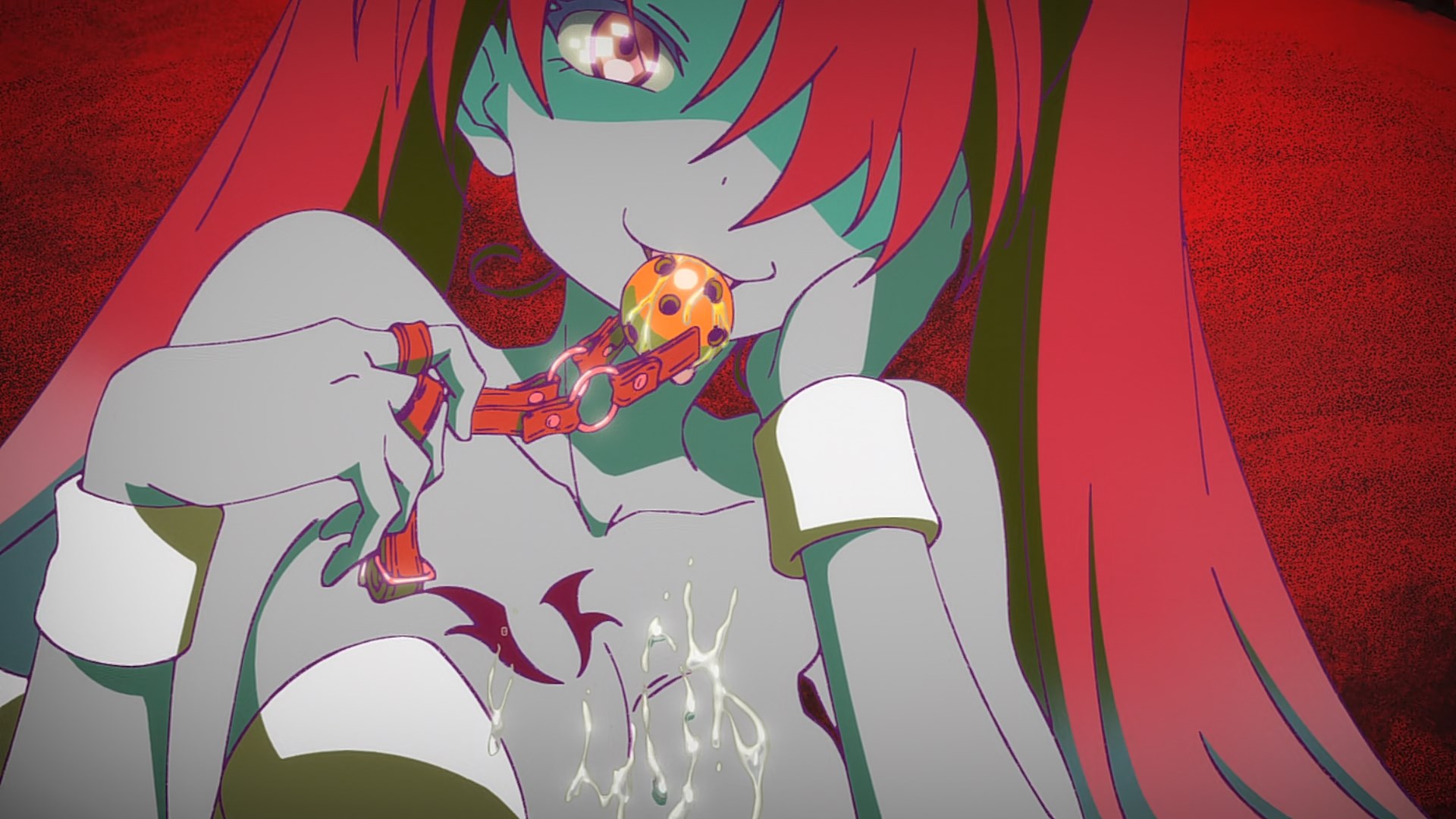 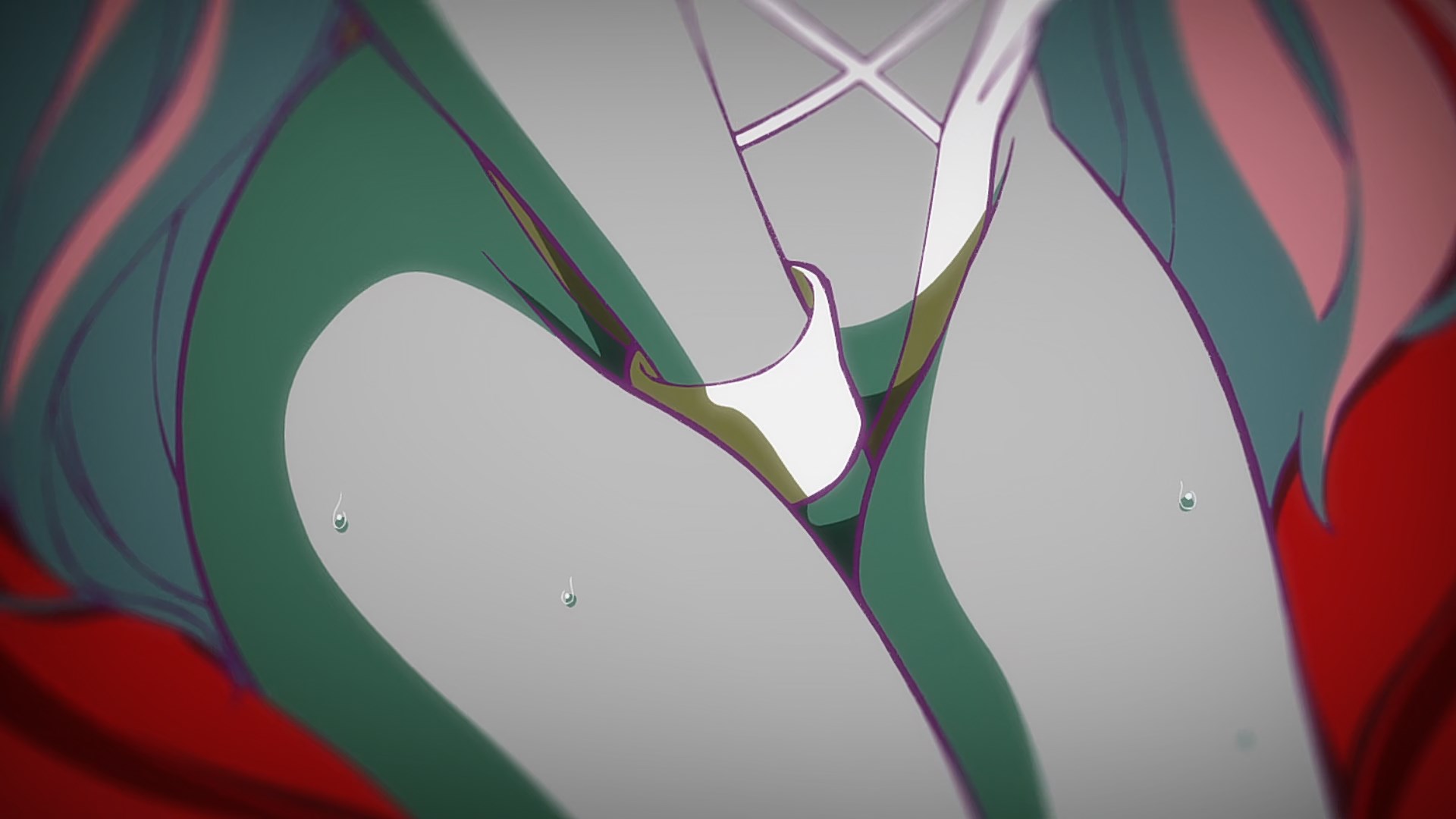 Miku has plenty of fanservice moments in this anime. She needs to come with a warning label!​
Animation/music

Animation in Idaten is the biggest selling point for the show. It is not just the great and stylised artwork that make it special but the colour scheme deployed means this series never disappoints on this front. I will say that this is the best animation I have seen so far for an anime series in 2021 beating even the best Magia Record season two has to offer. I also enjoyed the opening song "Seija no Koushin" by Tatsuya Kitani which also had a great animation sequence. The ending theme was also well animated but I wasn’t feeling the music. For those curious the ending them is “Raika” by Akari Nanwo.

Idaten is an action show with outstanding production values. If you like action then you will like this. The main stumbling block that prevents this anime from being a show to recommend is the lacklustre plot. The weak story was only compounded by the series ending with no closure. The fact the chances of a second season ever releasing are slim means it is questionable whether you should invest your time seeing this. However, the animation is so good that it could be worthwhile to watch it for that reason alone. You just need to make peace with the fact that there will be no closure plus you need to have an appetite in handling themes of sex and rape. These things never occur explicitly but it is heavily implied so don’t worry about it being in your face. You just need to be comfortable with the concepts and things going on in the background.

Score 5 – The premise isn’t bad and the way the story is built up is actually done quite well. However, the power imbalance meant I never felt the needed suspense to keep me fully engaged. There was also pacing issues that meant there were segments when the anime dragged particularly at the end. This biggest crime however is the ending which was simply non-existent.

Characters 6 – To me the characters were there to service the story. They fulfilled their roles and for the most part where there but not especially memorable. There are some exceptions however with the most notable being Ysley and Prontea on the Idaten side while Miku and Oobami were the main source of interest on the demon side. These four characters are the main drivers in pushing the story along.

Animation 9.5 – Best production value for a 2021 anime series this year. The only anime that could beat it is the final Evangelion movie which I felt had a stronger musical score than Idaten Deity. Still, even here this series scores highly as it had a strong opening song. The ending theme couldn’t quite hit the mark hence me not giving this a 10.

Score 6 or 7 – The reason I give this show a split scoring is due to the ending. If, as expected, there is no season two then I cannot with good conscious give it higher than a six as there is no closure to this ending.

If, however a second season is ever commissioned then the value of watching becomes greater. For all the stuff left hanging there is hope we can get a more evenly sided contest in a second season so that season should prove to be a more entertaining affair. As it is though I can only say action lovers who have no qualms over issues of sexual content will like this. Saying that the animation is such that maybe you will like watching it for that reason alone. It is really that good.

Want to say more of the animation of Idaten then check out the gallery for this anime! The Idaten Deities Know Only Peace

-the bee's knees · 35 · From London, England
Confused about the monsta review scores? Then check the scores below!